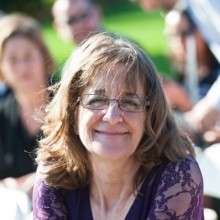 Lynn Ann Matos Revels, 63 passed away peacefully Saturday, March 9, 2019, at her home in Newport News, Virginia with her beloved dog, Gizmo by her side.

She was born January 16, 1956, in New York City to George Matos and Carol Franco. Later in Lynn’s life, her step-father Michael Haspadora would become a father figure.  Lynn met her husband CWO3 David Revels during the 1976 Bicentennial Celebration in New York City. Together they lived in a few places before settling in Boykins, VA with their young children.

She was predeceased by her husband, David Revels and Son-in-Law, Sean Christopher Cruz.

Lynn’s children remember her as a strong and independent mother and shining example who loved to travel, read and spend time with her friends and of course, her dog, Gizmo.

Lynn received her nursing degree in 1999 from Southampton Memorial Hospital and held various jobs caring for senior citizens in nursing homes, hospitals as well as private duty nursing. She had recently retired in February of 2019 from a long career as a nurse where she positively affected the lives of many.

A celebration of Lynn’s life is scheduled for April 3, 2019, at 2 pm at St. Mark’s United Methodist Church, 99 East Mercury Blvd, Hampton, Virginia. Interment will be private and held at a later date. Flowers can be delivered to the church prior to service.