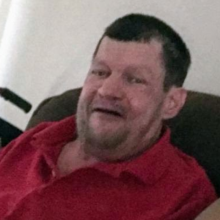 Ted is survived by his mother, Shirley Schmidt; and step father, Frank Schmidt;

He leaves as his legacy his daughter, Sarah Darnell; son-in-law, Jermaine Darnell; and two grandchildren, Jermaine Jr. and Isaac.

Theodore fought a long battle with lymphoma. After working hard and long for his family as a cross-country truck driver he got to retire and enjoy the things he loved. Things like Pizza, Reese's, King of the Hill, Leave it to Beaver, The Match Game, WWE wrestling and more chances to show off his 21-inch biceps or pythons as he called them. He was a tender heart stuck in a body that failed him. He has left an impact on those he loved, he will be missed.