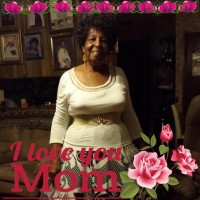 Rosa Lee McGahee Hawthorne, our ROSE, left her earthly residence in Abbeville, Alabama headed for her heavenly home on September 12, 2020, a journey that she planned for throughout her 88 years and 353 days. While the final petal of our ROSE on earth has disburdened, we know that from her sleep she will be changed, in a moment, in the twinkling of an eye at the last trumpet.

Rosa Lee began life on September 28, 1931 in Oak Park, Georgia born to parents, Ida Lee Moore and Cleo McGahee, Sr. She was introduced as the new baby to her two older siblings, Leroy Sr. and Mary Jane. The time period of her birth was the dawn of the Great Depression. Rosa Lee's sibling group continued growing during that era (1930s) with the births of Cleo Jr., Margaree, James Sr., and Willie. Mama Ida Lee, no matter how hard the times were, took the best care of her children; they were never without food despite the times. With the end of the depression and a new decade (1940s), Rosa Lee's sibling group grew with the births of Robert, John Douglas, Thelma, and Evelyn. Addie was born in the next decade.

In 1943, Rosa Lee now 12 years old moved with her family from Oak Park to Lake Placid, Florida. As a teenager, she noticed from a distance a young man that caught her attention and was told they call him JD. Upon that first sighting, she declared that he would be the man that she would marry. Eventually she met John David Hawthorne Sr. also known as JD. They dated; they fell in love; and they wed on April 9, 1950 (she was 18, he was 20).

This fairy taled couple produced six offspring (who also found their life partners): John David Jr. (Iris), Thomas Lee Sr. (Lynette), Verlinda Gail (Jerry), Tony Darwin, Sr. (Joyce), Stanley Doyle, and Kinji Lothario (Dennis) across four decades (1940s, 50s, 60s and 70s). In 1973, Rosa Lee and her extended family relocated from Lake Placid to Newville, Alabama. ROSE and JD would later build the family home, the Big House, in Abbeville. For many years, it has been the center of holiday activity hosting the multi-generational children born of and adopted by our ROSE and her JD known to their grands, great grands, and great great grands as Big Mama and Big Daddy who lived at the Big House.

As our ROSE aged in life, she would proclaim often that God blessed her with some of the best children in his kingdom. We simply trusted and followed as our parents led. They taught us to do the right thing through biblical teachings and required that we improve our selves and enhance our opportunities through education as they modeled a lifestyle of wholesomeness and careers of dedication and hard work.

The love story of JD and ROSE from its bloom would endure nearly 60 years from the 20th to the 21st century when they were temporarily separated in December 2004. JD is now reunited with his bride and ROSE. Their legacy will continue.

We salute other family of Rosa Lee, past and present, including but not limited to grandparents Doltie and Aaron Moore, in-law grandparents and parents Mary and Joe Hawthorne and Josephine Hawthorne and Reuben Robinson, respectively, in-law siblings Maggie, Mable, May Francis, Ronnie, Gwen and Michael, as well as paternal sibling Bernard. Special acknowledgement is given to all friends and particularly best friends Thelma Green and Margaree Kendrix. Much appreciation and thank you to her church family at Jackson Chapel and Pastors Eugene and Evelyn Smith. Another love of our ROSE among many pets was her beloved Peaches.

Together, all of the aforementioned and more truly made her life complete.