Please join us in remembering our beloved Bob 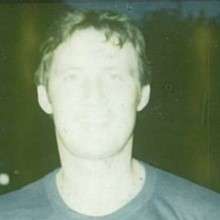 Please join us in remembering our beloved Bob

Bob graduated from Thomas Jefferson High School and enlisted into the United States Marine Corps, where his service was cut short before returning home to care for his mother.

He married Rebecca Lynn Sterling January 11, 1977, and they lived together in Dallas, until divorcing after eleven years. Bob sold eyewear.