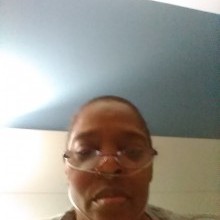 Marrie Marcell, 50, of Ridgeland Mississippi, passed Monday, December 05, 2016. She was born to Wilbert Marcell, and Linda Marcell, July 15, 1966 in Jackson, Mississippi. Marrie graduated from Little Rock Central High School in 1994 and received a degree from University of Arkansas in 1999.

Marrie worked at Exxon Chemical Plant until she retired in 2010. She also volunteered at the Youth Worldwide Mission for 10 years and was passionate about affecting the most positive change in people. In 2004 she was honored with the Youth Top Leader Achievement award.

Marrie is survived by 2 children: Nicole Marcell, and Dwine Marcell.