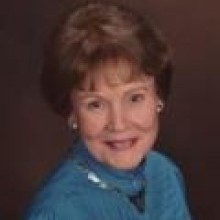 Marilyn Catherine (Jones) Cole, 78, of Willis, Texas and Newcastle, Nebraska passed away in her sleep peacefully on Thursday, December 1, 2016 at her home in Willis following an off and on battle with cancer and congestive heart failure with ultimately an aggressive return of breast cancer after a 42 year remission. Marilyn was born on June 29, 1938 in Parsons, Kansas to Richard and Margaret Jones, She graduated from Pittsburgh State University in Pittsburgh, Kansas and began a forty year teaching career in Kansas City, Kansas. She soon relocated to Colorado Springs where she met her future husband Melvin while he served in the United States Air Force. After moving to Texas, Mrs. Cole taught at Sacred Heart School in Conroe, Texas, and Wilkerson Intermediate and Hailey Elementary in The Woodlands, Texas. During retirement, Marilyn authored a children' book titled, "Mystic Painting". She enjoyed genealogy tracing her family back to The Mayflower, traveling to the mountains, and participating in winter and spring visits with her children and grandchildren in Texas and spending the summer and fall with family in Nebraska.

Marilyn inspires us to live life with a faith filled positive attitude knowing everything is in God's hands. She will always be in our prayers and will always be missed.

The family will receive friends on Friday, December 16, 2016 for a rosary at 10AM at Sacred Heart Catholic Church in Conroe, Texas immediately preceded by a funeral mass at 11AM. Marilyn will be buried on Monday, December 19, 2016 in Parsons, Kansas.