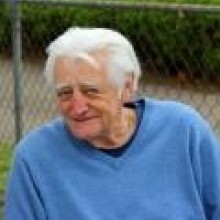 Jerry Wagner, 78 of Kingwood, Texas passed away in the morning of November 26,2016. Services will be held at Second Baptist Church, North Campus in Kingwood, TX on Tuesday Dec 6th at 11:00 am. He was born on March 21, 1938 in Alda, Nebraska to parents Rudolph and Edna (Schroeder) Wagner but grew up in Grand Island, Nebraska. Jerry was a member of the Grand Islander high school football team that won the state championship in 1953. He later graduated from the University of Nebraska and had a successful career of 40 plus years as a financial advisor. Jerry enjoyed coaching both his sons in little league baseball and was an avid golfer. Jerry is preceded in death by both of his parents and his sister Delores Edwards. Jerry is survived by his wife of 51 years, Jeanette; his sister, Alvera Cone; his son Bryan, his wife Laurie, and their son Eric of Houston, TX; and his son Todd and his wife Cassandra of Houston, TX.