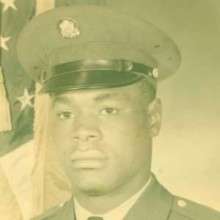 James was born to William, and Bessie, January 3, 1925 in Henderson, Texas.

James graduated from Henderson High School in 1942 and received a degree from East Texas I State University in 1949. James married Rose Marie Newman (Jackson) in 1951 and they lived together in Grand Prarie, TX.

James worked at Kroger until he retired in 1990.