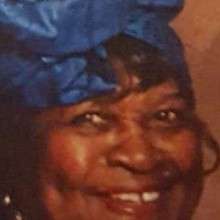 Isabelle Smith, also known as Smitty, is survived by her daughter, Gayle Shines, and three grandchildren: Robert, Ralph, and Jessica. She was born to the late George and Dorothy Wallace of Alexandria, VA. She is survived by one of her three sisters, Bernice Jackson, and proceeding her in death were her husband, George Smith, two other sisters, and four brothers. Isabelle was the eldest of her siblings:  Floyd Wallace, Daisy Williams, Robert Wallace, George Wallace, Jr., Jean Wallace, Doris Bains, and Henry Wallace. She leaves to mourn a host of nieces, nephews and other distant relatives.

Isabelle Smith was a member of The Alfred Street Baptist Church for 84 years. She enjoyed being involved in church activities and was dedicated to her duties. She worked most of her life as a Social Worker for the Government of the District of Columbia. She was a member of the Kiwanis International Organization and was President of the Kiwanis Club of Capitol Hill from 1995-96. Isabelle, also known as "Smitty," was awarded and recognized for her many contributions to the Kiwanis Organization.  She was involved in charities and traveled the world often visiting many countries in the continent of Africa. She traveled all over the world in service for the Kiwanis and just to visit friends and family. Isabelle Smith was a Pillar of the Community and was involved in many different charities and endeavors; she accomplished much in her life and she enjoyed life to the fullest.

Donate to Alzheimer's Association of America in memory of Isabelle.