Ida B. Wells was an African-American journalist and activist who led an anti-lynching crusade in the United States in the 1890s 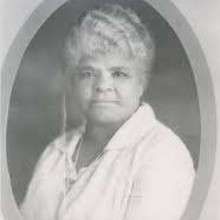 Ida B. Wells was an African-American journalist and activist who led an anti-lynching crusade in the United States in the 1890s

Born a slave in 1862, Ida Bell Wells-Barnett was the oldest daughter of James and Lizzie Wells. The Wells family, as well as the rest of the slaves of the Confederate states, were decreed free by the Union thanks to the Emancipation proclamation about six months after Ida's birth. Wells married Ferdinand Barnett in 1895 and was thereafter known as Ida B. Wells-Barnett. The couple eventually had four children together.

Better known as Ida B. Wells, was an African-American journalist, abolitionist and feminist who led an anti-lynching crusade in the United States in the 1890s. She went on to found and become integral in groups striving for African-American justice. Wells’ effort was funded and supported by famed abolitionist and freed slave Frederick Douglass and lawyer and editor Ferdinand Barnett. Also in 1893, Wells published A Red Record, a personal examination of lynchings in AmericaThough she is considered a founding member of the NAACP, Wells later cut ties with the organization; she explained her decision thereafter, stating that she felt the organization, in its infancy at the time she left, lacked action-based initiatives.

Ida B. Wells died of kidney disease on March 25, 1931, at the age of 68, in Chicago, Illinois. She left behind an impressive legacy of social and political heroism.

With her writings, speeches and protests, Wells fought against prejudice, no matter what potential dangers she faced. She once said, "I felt that one had better die fighting against injustice than to die like a dog or a rat in a trap."