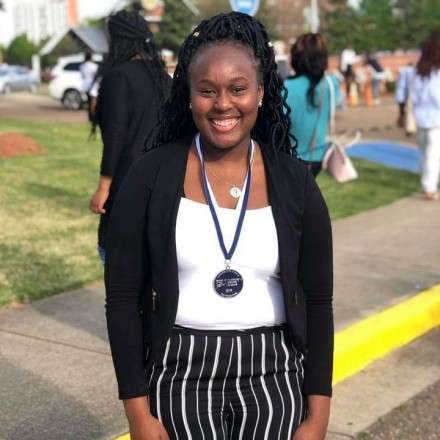 Jabriah Halfacre was born on June 29, 1998, in Starkville Ms. She was the youngest of 4 children born to the late Clifton and Drusilla Halfacre. She joined holy matrimony with her college sweetheart, Allen Reed in July 2028, and through this union, they had four children. She departed this life on Monday, May 12, 2076, at Harper Hospital in Dallas, TX. She confessed Christ at an early age at Pine Grove Missionary Church under the leadership of Rev. Charles Brown. She later joined Transformation Church in Dallas Tx. Her upbringing in the church had a profound on her life in later years and was the foundation of her faith. Jabriah was a 2-time graduate of Jackson State University where she received her degrees in Social Work. After her collegiate career, Jabriah worked as a forensic social worker over 30 years proceeding to her death. Jabriah was the one who never met a stranger; she was always willing to help anyone. She was preceded in death by her parents, Clifton and Drusilla Halfacre. Memories of Jabriah Reed will forever be cherished by her husband, Allen Reed of 48 years; two sons: Allen Reed Jr. of Dallas, TX (Aubree), Jackson Reed of Austin, TX (Rayona); two daughters, Hailee of Dallas, TX (Ryan) and Aurianna of Dallas, TX (John). Jabriah had a host of grandchildren, nieces, and nephews.