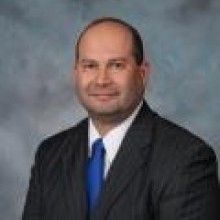 Eduardo "Eddie" Palomarez, 45, passed away on the 26th of November, 2016 in his hometown of Houston, Texas. Eddie was born on February 16, 1971 and was the oldest of four children born to Yolanda and Tony Palomarez. He graduated summa cum laude from Sam Houston High School in 1989. He received several scholarships to attend Texas A&M University in College Station where he received his Bachelor of Science degree in Kinesiology in 1999 and had the opportunity to be a student trainer for the athletic department. He went on to receive his Master of Science degree in Educational Administration in 2006 from Texas A&M University-Commerce. Eddie was an Aggie through and through, donning his maroon and white on game days throughout the rest of his life. He always greeted everyone with a proper "Howdy!" and a strong handshake or a big hug. Eddie met the love of his life, Cathy Greer, in College Station and they were married on June 10, 2000. They welcomed their first child Joshua in 2003 and soon after welcomed their daughter Savannah in 2004. He found his passion for teaching when he started his career with the Garland Independent School District where he was an educator for six years. After receiving his master's degree, he moved into administration and most recently served as the Assistant Principal at Summer Creek High School in Humble, Texas. Eddie will forever be remembered for his booming voice and his laugh that could fill a room (and often an entire house), as well as his love of God, family, fishing, cooking, camping and all things Texas A&M.

He is survived by his wife Cathy Palomarez and children Joshua and Savannah. His parents, Tony and Yolanda Palomarez of Houston, Texas along with his brothers Vincent and Albert Palomarez and their families in Cypress, Texas and sister Marla Edwards and family of Spring, Texas.

In lieu of flowers, the family would like to request any party wishing to do so to visit and donate to a GoFundMe account set up for Eddie's children's scholarship fund. The site address is https://www.gofundme.com/EddiePalomarez.