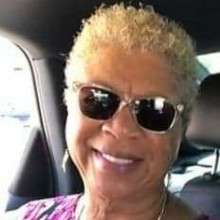 Earline graduated from Carver High School in 1962 and received a degree from Mississippi Valley State in 1966. Earline worked at Education.

Earline gave her life to Christ at an early age at Mt.Zion Jr. Baptist Church. She was a faithful and dedicated member with over 40 years of service. She served as the secretary, Youth Director, Choir Director, VBS President and Usher.

Psalm 27: 13-14; I remain confident of this, I will see the goodness of the Lord in the land of the living. Wait for the Lord; be strong and take heart and wait for the Lord.