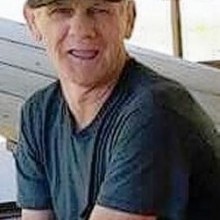 He was born on November 7, 1946, to Eugene Taylor and Dorothy (Dunlap) Taylor; both preceded him in death.

He was a self employed construction worker, doing everything from hanging drywall to roofing. He was a social member of Amvets in Middle Point and past Delphos Eagles #471 member.

Bill enjoyed hunting and fishing most of his life and was a true outdoorsman. He loved to play softball and was an avid sports fan, especially the Browns, Nascar, Reds and the Buckeyes.

Bill was preceded in death by one sister, Clara Jane and five brothers, Richard "Dick", Charles "Chuck" and 3 infant brothers.

Funeral services will be held on Wednesday, November 9, 2016, at 11:00 a.m. at Harter and Schier Funeral Home. Burial will follow at Salem Mennonite Cemetery in Elida.

Memorial contribution can be made to St. Rita's or Community Health Professionals.