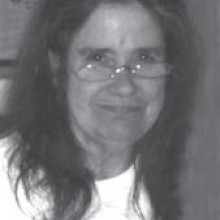 She was born on Feb. 20, 1948, to Earl and Gloria (Richardson) Kelly in Portland. She was a graduate of South Portland High School.

Vicki worked as a bookkeeper for various places. She always loved going up to camp in Sebago. She enjoyed crossword puzzles, jigsaw puzzles and knitting. She was a fan of the Celtics and Elvis.

Vicki's children would like to send a special thank you to Linda Knights for all her help over the years.

A private service will be held. Arrangements are by Hope Memorial Chapel. To share condolences online, please visit HopeMemorial.com.