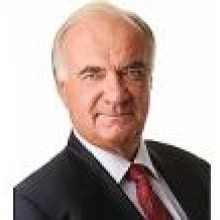 HARRIS, Thomas (Tom)September 5, 1949 - June 29, 2017It is with great sadness the Harris Family announces that Mr. Thomas Walter "Tom" Harris passed away unexpectedly on June 29th 2017 in Roche Harbor, San Juan Island, Washington, at the age of sixty-seven.Tom is survived by his mother, Evelyn; wife, Christine; five children, Michael (Amanda) Nanaimo, Elizabeth (Chris) Whistler, Cynthia (Brendan) London, England, Stephanie (Norman) Forfar, Scotland, and Antony (Leslie) Nanaimo; twelve grandchildren Matthew, Charlie, Ben, Emmett, Liam, Harrison, William, Andrew, Liberty, Annabel, Beckett, and Emmeline; brothers; Jack (Darlene) and Ted (Amber) Nanaimo; sister-in- law Stephanie, Lantzville. He was predeceased by his father Jack Harris, and brother Danny of Nanaimo.Tom was born on September 5th, 1949 in Duncan, British Columbia. His family resided in Victoria until moving to Nanaimo in 1964. Tom graduated from Nanaimo District Secondary School in 1967. After one year at the University of Victoria, Tom returned to Nanaimo in order to pursue a career at Jack Harris Chevrolet Oldsmobile Cadillac. By twenty-one years old Tom was the youngest General Motors sales manager in the country.Tom and Christine were married in 1973, and by 1983 they had welcomed five children into the world. Tom's family remember him as a devoted, charismatic, loving father and husband, who encouraged them to pursue their personal and professional goals, make a positive difference in their communities, and celebrate families of their own.Over the next several decades Tom became a successful businessman building the Harris Auto Group on Vancouver Island and Tom Harris Cellular, Canada's largest TELUS dealer with locations throughout British Columbia and Alberta. In addition, Tom was involved in numerous other entrepreneurial pursuits and endeavours. Always active in Dealer Associations and community work, Tom was Past President of the BCADA (The New Car Dealers of BC), and past Chairman of the board of The CADA (The Canadian Auto Dealers Association). He also served the CADA on the Industry Relations Committee. He was Past Chairman of General Motors National Dealer Communications Team. Tom was the Past Chairman of the Nanaimo District Hospital Foundation and chaired the Nanaimo United Way Campaign. He was the longest standing Nanaimo Community Foundation Board Member, Past President of the Nanaimo Jaycees, and was the Vice-Chairman of the Board of the BC Ferry Authority. Tom was the honorary chairman of the St. Paul's Anglican Church Capital Campaign and chaired the Capital Campaign to build a permanent home for St. John Ambulance in Nanaimo. Mr. Harris was named Nanaimo's Corporate Citizen of the year in 1993 and in 1994 was awarded the TIME Quality Dealer Award followed by the Citizen of the Year for Nanaimo in 2004. In 2005, he was appointed to the Order of St. John and also received the Rotary Centennial Service Award for Professional Excellence. In 2012, Tom received the Queen Elizabeth II Diamond Jubilee Medal to recognize his dedicated service to his peers, his community, and to Canada. In 2015 Tom was awarded a Lifetime Achievement Award From the New Car Dealers Association of BC.Since childhood Tom enjoyed boating, water skiing, and time at the family cabin on Mudge Island. He loved nothing more than his summers exploring the Pacific Northwest waters with family and friends. Winter holidays and weekends were spent with family and friends at Mt. Washington, and later at Whistler, where he helped all five children learn to ski and had fun with his involvement in their ski club and ski race programs.He also loved classic cars, quiet time reading, listening to music, and spending time in Arizona with family and friends. The defining characteristic of Tom's personality was his love for people. Apart from his devotion to his family, Tom cared deeply for his friends, colleagues, business partners and associates, his staff and their families. He always looked forward to meeting and making new friends, and he treasured his many friendships.A celebration of life is scheduled for 2:00pm on July 22nd at the Vancouver Island Conference Centre in Nanaimo,British Columbia. To honour Tom's legacy of community service, the Tom Harris Community Endowment Fund will support the many causes Tom held dear. Donations to the Tom Harris Community Endowment Fund can be made via The Nanaimo Foundation 205 - 75 Front Street, Nanaimo BC V9R 5H9. https://www.nanaimofoundation.com/tom-harris-community-endowment-fund/ 'Tom's memory will live on in the hearts of his family forever'