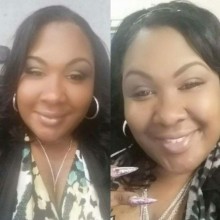 Tamesha Merie Fisher-Hodges-Taylor age 35 of Battle Creek died Thursday August 27,2015.  Tamesha was born February 11,1980 in Battle Creek to Lenny H.Hodges and Karon T.Taylor and had been a life long resident of Battle Creek. Tamesha was a 1998 graduate of Battle Creek Central High School and held an Associate degree in Science and Business Administration from Kellogg Community College. She was employed by Kalamazoo College admissions department. She enjoyed fashion and doing hair and nails. She also enjoyed fishing with her family.

Memorials may be given to an educational fund for her son Areeon.