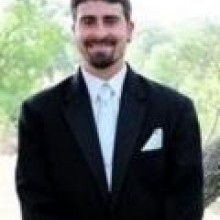 Ryan Mark Kahil was born on November 4, 1985 at 8:31 pm on a Monday. He came into the world with both eyes wide open ready to see everything and he lived the rest of his life that way. He was born in Bryan Texas and was the second son to Mark and Cindy Kahil. He already had a big brother, Dale, waiting on his arrival. Four years later Ryan got to welcome his younger brother Tyler.

The family moved to Katy Texas in 1990 and that is where Ryan met one of his best friends, Michael Self. Ryan and Michal became friends in the first grade and are still friends to this day.

The family then moved to Kingwood in 1997 and that is where Ryan called home. He loved to travel, when he was in the 9th grade his grandmother, Loyce Kahil, took Ryan and his cousin Keith to the Galapagos Islands. It was a trip of a lifetime which he never stopped talking about.

Ryan loved to hunt and was an excellent marksman, especially with a bow. He hunted many times on his Uncle Ed's ranch and left with several trophy bucks.

Ryan had piercing blue eyes that would capture your attention. When he laughed, he laughed with his whole body. He could talk to just about anyone on just about any subject. He knew a lot about a lot. He became a CNC Machinist about 5 1/2 years ago and he would talk shop with his Uncle Ken, the engineer. Ryan loved to draw, he was an avid reader, loved to hunt for snakes and pick berries, he loved to cook especially for others, and he loved watching movies. He was a sky diver and had completed 14 solo jumps with his friend Tyler Hendrick, from Montana. Ryan never met a dog that didn't like him and he shared his life with many of them. His favorite dog was a chocolate lab named Whisky. He had a super green thumb and could grow anything. He loved having a fish tank and he had a really large one. His favorite place to be was at Camp Creek Lake with his family, he went there every chance he got. He had a passion for paintball and would spend all year planning scenario paint ball wars with his brother Dale. He played with many of his friends, but loved to play with Dale the most. They would talk paintball for days. Ryan and Dale also went mountain biking together.

He shared his love of movies with his brother Tyler. They would repeat a movie line by line. It was unbelievable to hear an entire movie from them. They would also have long discussions about movie directors and the history of actors.

Ryan loved his Mimi, Gloria Mahle. She went into a nursing home in August of 2014 and he would go visit her every Thursday. She didn't know who he was, but he went anyway.

Of all things Ryan liked to do, his favorite -by far- was fishing. It was almost impossible to find a picture of him without a fish in his hand. He spent many

hours fishing on Lake Conroe with his friend Chris Cunningham and ate many a catfish tacos.

Ryan spent most of his time fishing with his dad. Ryan and Mark have been fishing buddies since Ryan was about 3 years old. They fished together on many lakes and streams, but mostly they liked to fish the bay. Port Aransas, Port O'Conner, San Louie Pass, and Corpus Christi were some of their favorite spots and the fish stories were endless. Recently Ryan helped his dad refurbish a bay boat which was named "Reel Therapy". January 30, 2016 Reel Therapy had its maiden voyage and Ryan was the only one to catch a fish that day. He always caught fish.

Ryan had a good heart and would always help those less fortunate. He gave rides to people he worked with who didn't have a car. He would give food to the homeless and would try to help strangers. He had a strong faith and knew that Christ was his savior and could quote scripture. He deeply loved his brothers, Dale and Tyler, and was extremely proud of their accomplishments, and he deeply loved his sister-in-law Amber.

Ryan now in heaven with his grandfather, Michel Kahil, his great uncle John Kahil, his great grandmothers, Vera Kahil and Val Roth and great grandfathers Edward Kahil, and Harley Roth and many other family members. The rest of his earthly family are, his parents, Mark and Cindy Kahil, his brothers Dale and Tyler, sister-in-law, Amber, Grandmothers Loyce Kahil and Gloria Mahle. Great aunt Kathy Kahil. He has 7 uncles and 5 aunts 11 first cousins, and a zillion seconds cousins.

In lieu of flowers, Ryan's wishes would be for you to consider donating to the Star of Hope Homeless shelter. Their website is www.sohmission.org . You would click on the yellow "Give Now" button and at the bottom of the page there is a tribute option.

We, the Kahil family, would like to thank everyone for all the love and support you have showered on us. The outpouring of love has been overwhelming. Even though our heart are broken over the loss of our beloved Ryan, we take great comfort in knowing that he is with his savior in heaven, and that he was loved so much by so many people.