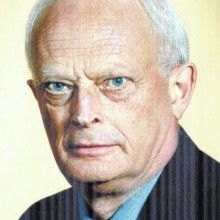 He was born on March 2, 1939 in Hutchinson, KS to Jacob D. and Hilda Marie (Neufeld) Friesen. On June 2, 1961 he married Phyllis Sawatzky and she survives.

Mr. Friesen graduated from Inman Kansas High School, Bethel College (Kansas), received his Master's degree from the University of Kansas and a doctorate from Columbia University in New York City. Ron and his wife lived in Tanzania, East Africa for several years. At Bluffton University he taught Economics and Statistics for 35 years. Ron enjoyed his faith, family and friends, collecting toys, playing tennis, travel and nature.

Mr. Friesen was a member of First Mennonite Church, Bluffton.

The body has been cremated and a private graveside service will be held at a later date.

In lieu of flowers, memorial gifts may be made to First Mennonite Church, Bluffton.

Online condolences may be expressed at www.chiles-lamanfh.com.