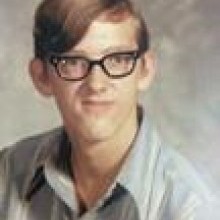 FAIRBORN — Ronald (Ronnie) Wayne Adkins, age 61 of Smyrna, TN, formerly Fairborn, OH passed away on Thursday, September 8th, 2016. He was the youngest son of John and Josephine (Fyffe) Adkins born on May 15, 1955 in Xenia, OH. He is survived by his loving wife Tanya, his son John Paul Adkins, his daughter Tabitha (Brian) Maxwell, his son Ronald "Ronnie" Wayne Adkins Jr., his daughter Jessica "Jessi" Adkins, his daughter Kaylin "Kayla" (Anthony) Dalton, his five grandchildren, Michael, Keith, Kevin, Annabell, and Arthur all of Smyrna, TN, his mother Josephine (Fyffe) Adkins, his brother Douglas (Shirley) Adkins and his sister Donna (Charles) Keeton all of Fairborn, OH, his sister-in-law Vanessa Adkins of Springfield, OH, his best friend Philip Howard of Fairborn, OH, numerous nieces, nephews, and other beloved family and friends. He was preceded in death by his father John Adkins and his brother Danny Adkins. He grew up in Fairborn and attended Fairborn Schools. He was a 1973 graduate of Baker High School in Fairborn, OH. He grew up in his home church, Fairborn Enterprise Baptist Church until he moved to Tennessee. He worked for the State of Tennessee in the printing and media services and also was a storekeeper for 31 years. Those who knew him knew he was a kind and thoughtful person. Memorial service will be held Saturday, September 17, 2016 at 10am at Fairborn Enterprise Baptist Church with Pastor Bobby Jenkins officiating.