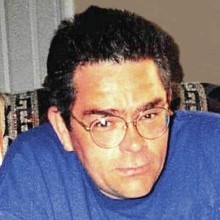 He is also survived by one son: Ethan Gevedon, Piqua, OH.

He was preceded in death by one son: David Zachary Gevedon; and one sister: Debra Elam.

David graduated from Morgan County High School in West Liberty, Ky., in 1982. He was self-employed for 15 years as the owner of Gevedon Remodeling.

Condolences to the family may be expressed at www.melcher-sowers.com or www.potterfuneralhomeinc.com.