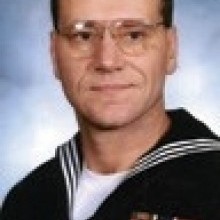 SANFORD - Robert Raymond Malcolm, 51, of Japan and formerly of Sanford, died at his home in Yokosuka, Japan, on June 7, 2016.

Robert was born on March 22, 1965, in Sanford, the son of Raymond and Paula (Bergeron) Malcolm.

Robert grew up in Sanford and was a graduate of Sanford High School, Class of 1984. As a youngster, he was very active in sports and the Sanford Springvale Youth Athletic Association. Following his high school graduation, Robert enlisted in the U.S. Navy as an 18- year-old boy, but soon became a young man following his boot camp experience! Robert served with distinction for 27 years and served on the USS John F. Kennedy, the USS Kitty Hawk and the USS George Washington, retiring in November of 2010 with the rank of AO1 (Aviation Ordnance man).

Robert is survived by: his mother, Paula Malcolm, and his brother, Michael Malcolm, both of Sanford; his wife, Yumiko, and his two children, Kasie, who is 10 years old, and Alex, who is 8 years old, all of Yokosuka, Japan; and many aunts, uncles and cousins.

A Mass of Christian burial will be held at 10 a.m. Monday, June 27, 2016, at St. Therese of Lisieux Parish, Holy Family Church, 66 North Ave., in Sanford. Committal prayers with military honors will be at St. Ignatius Cemetery in Sanford. Immediately following the services, you are invited to join the family at the Springvale Social Club, 22 Bridge St., in Springvale.

To leave a message of condolence for the family, please visit www.autumngreenfuneralhome.com.