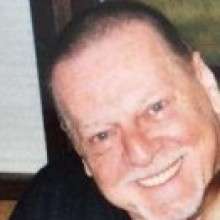 Richard worked at General Motors for 30 years and retired in 2002. Richard served his country in the Army, with a tour in Vietnam in 1967.