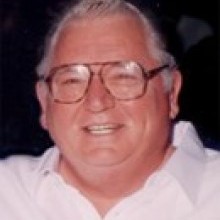 Mr. Richard Lange, age 78, of Thunder Bay, passed away peacefully at Hogarth Riverview Manor on Monday, October 17, 2016. He was born on December 30, 1937 to Omer and Hilja Lange in Port Arthur, Ontario. Richard will be lovingly remembered by his wife Dorene, children Keith (Trina) and Wendy (Shane), grandchildren Amelia, Miranda and Nathaniel, brothers Art (Anita), Gary (Lee-Ann), and Don (Lynne); numerous nieces and nephews. He was predeceased by his parents Hilja and Omer and his daughter Tracy Lynn in infancy. Richard married Dorene in 1959 and they moved to Port Arthur to raise their family. He took pride in his work as a Police Constable and Sergeant with the Thunder Bay Police Service retiring in Feb. 1994. Richard had a loving heart and always enjoyed spending time with his wife, children, and grandchildren. Cremation has taken place. Respecting Richard's wishes, no service will be held. Interment will be held at Riverside Cemetery. The family would like to thank the staff of Hogarth Riverview Manor for their kindness and care.