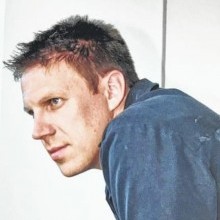 He was born on July 26, 1970, in Mount Gilead, Ohio, son of Kenny and Carol (Miller) Barber, and raised and later adopted by his maternal grandparents, Clayton and Mary (Hansel) Miller of Delaware.

Growing up in Delaware, Randy was active in 4-H, enjoyed fishing and camping, and was a member of the Boy Scouts of America, Troop 318, where he rose to the rank of Eagle Scout. He graduated from Delaware Hayes High School in 1988 and went to the University Of Cincinnati where he studied Pharmacy. After graduation, he took a job with CVS Pharmacy in Indianapolis, Indiana and later moved to the Los Angeles area where he worked for CVS and later Ralphs Markets as a Registered Pharmacist, Pharmacy Supervisor, and District Manager.

He was preceded in death by his grandparents, Clayton and Mary (Hansel) Miller.

A memorial service celebrating the life of Randall Miller will be held at 11 a.m. on Saturday, Oct. 8, 2016, in the First Presbyterian Church, 73 W. Winter St., Delaware.

In lieu of flowers, the family has asked that contributions be made in Randy's name to the local animal shelter of your choice.