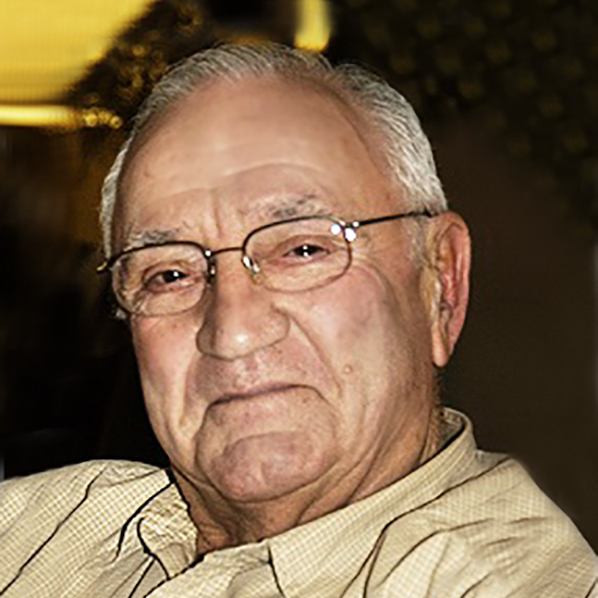 The colorful, love-filled, and fully lived life of Phillip J. Hildebrandt came to a peaceful end on Tuesday, June 21 in Kalamazoo, Michigan.

Born in Queens, New York on March 22, 1934, Phil was forged by a rough-and-tumble childhood. Born to Gloria Doyle, an opera chorus singer, the youngest of three brothers was orphaned at a young age and taken in by assorted members of his extended family, moving frequently from one apartment to the next. A scrappy, streetwise boy, by the age of 11 he had already held countless jobs from dishwasher to stevedore, cleaning fish and working ropes on the docks.

In 1945 Phil moved in with his Aunt Helen McGuiness to a farm north of Danbury, Connecticut, an abruptly different world where he was put to work mowing grass, slopping pig styes, and raising chickens. His three years there were a period of relative stability, until Helen and her husband left him behind for Florida.

Heartbroken by their departure, Phil briefly returned to New York City, where he took up amateur boxing. A stocky boy with heavy fists and a solid chin, he competed with success in the Golden Gloves tournament. He was then taken in by an exploitive magazine subscription operation. Sent with other children by bus across the Southern states, he was made to knock on doors with no compensation but a motel room and a hot meal. Finally, at 15, with no home of his own and no promise of steady work, he took a common path for boys his age, maneuvering his way into the armed services.

Enlisted in the Air Force as an MP, Phil was stationed for two years in occupied Germany before relocating to Paris, France, where at the age of 18 he achieved the rank of Sergeant and was for a time assigned security detail to General Dwight D. Eisenhower. There Phil met and married another Air Force Sergeant, Dorothy Jessing, and returned to the United States.

In 1954, after a brief spell in Colorado Springs, the young couple and their newborn baby moved to the suburbs of Detroit, Michigan. Phil worked briefly as a steeplejack before signing on with the Livonia Police Department, embarking on a rich career that would span parts of four decades. The young patrolman’s keen instincts and unflappable nature led to his promotion to the Investigative Division. His career as a plainclothes Detective would later culminate in a four-year beat as the eyes and ears of the Detroit Race Course—the source of innumerable, wildly colorful stories.

In 1966 he was made Sergeant, and two years later he married Jeanne Beaubien, becoming a father for the second time. Later in his career, Phil took the helm of the department’s Community Service Program, and in 1978 the training program for cadets, where he flourished. His vast and varied experience and knack for connecting with people, combined with his resonant baritone voice and playful sense of humor, made him ideally suited to that role. “Sam-99”—his handle—is to this day adored by former rookies.

In 1979, Phil introduced himself to a young woman training the Police Department in use of their new phone system. For Phil and Janet Weaver it was the beginning of a blessed life. They were married on June 27, 1981, at her parents’ home in Bloomfield Hills, MI. With Janet’s two young children in tow they moved to the house in Northville where they would spend the next forty wonderful years.

Phil retired from the police department in 1986 and hung his own shingle as a private investigator. He continued that work for a decade. Subsequently, his abiding Christian faith and love for people of every stripe manifested in group-home care for victims of closed-head injuries. Later still, his deep affection for his mother-in-law led him to take a part-time job at her retirement home, to ensure that she was cared for.

Phil was endlessly curious about the world—a world traveler, lover of classical music, armchair birdwatcher, reader of ancient histories, and veritable encyclopedia of far-out historical facts. His deep catalogue of real and fanciful tales was well suited to his role as an Old Salt: an avid sailor, he and Janet were happiest traversing the Great Lakes on the Bindlestiff—the craft’s name a callback, surely, to his rootless youth.

In 2006, Phil met with grace and bravery the loss of one leg during a knee replacement. A lifelong runner and avid skier, he nonetheless refused pity, relying for his remaining years on the innate toughness, sense of gratitude, and faith in God that had brought him such a long, long way. He summoned the same dignity last year, when he was tragically predeceased by his son Bill.

In his autumn and winter years the sense of kindness, compassion, and goodwill that emanated from Phil was on abundant display in every aspect of his life—from his place in the choir at Ward Church to his dear neighborhood friendships and ready, lively interactions with most any stranger who crossed his path.

It is impossible to convey the deep sense of loss felt by his beloved wife Janet; by his daughter Lori; by Janet’s children Jennifer and Jeffrey; by his brothers Charlie and Phillip; and by the six granddaughters—Quinn, Kelsey, Georgia, Oona, Mia, and Indi—and two great-granddaughters who brought him such endless joy. He is grieved by his extended family and by dear friends from so many different walks of life.

We long to hear Phil’s tremendous laugh and great, deep voice from down the hall or around a corner—singing some snatch of opera or “good morning” in German. He leaves behind a massive, heart-shaped hole in our lives, along with a profound sense of gratitude at how lucky we were to feel his warmth for so many years.

In lieu of flowers, donations can be made in Phil’s name to World Vision or Doctors Without Borders.

A memorial service will be held on Friday, July 22nd at 11 am at Ward Church in Northville, Michigan. Visitation will be held from 10:30 - 11 am.