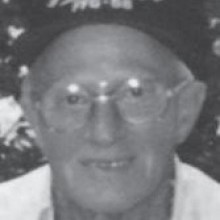 SANFORD - Nita E. Lavertu, 86, a warm and gentle woman with sparkling blue eyes, died in the comfort of her home with her family and faithful companion, Rusty, her pet poodle, by her side on Dec. 18, 2015.

Upon her graduation from high school, Nita traveled alone by bus from Oregon to Maine where she would marry her soul mate for life, Robert R. Lavertu Sr. They shared almost 66 years together before Bob's passing earlier this year on March 30, 2015.

Nita was a nurturing and sweet mother with her three children, Robert, Douglas and Susan. She also worked several years in manufacturing; including Sanford Plastics, York Heel and Sprague Electric, where she ultimately retired from, only to go to work for 20 years during the summer months at Funtown in Saco.

Nita volunteered for many years at the Sanford Salvation Army helping with all aspects, including but not limited to, assisting with helping the less fortunate during the holidays. She also loved volunteering for many years at the local nursing homes in the area. With her determined spirit, Nita was an avid bowler for close to 56 years; enjoying the camaraderie and good fun of an evening out with her girlfriends. Nita and her husband Bob enjoyed several Caribbean cruises and many memories were made when her family came along on the cruise.

Nita was an "angel on earth" in the eyes of her children and to all that knew her. She never spoke an angry word against anyone and if she found a nickel on the ground, she might ask the next 20 people she ran into if it belonged to them. When she arrived in Maine, Nita taught herself to drive. Nita cared for others and wanted the very best for them. Her name was pronounced in a variety of ways including, Neeta and Anita; she would kindly correct them and say, "It's Nighta!"

From the comfort of her bed, Nita remained alert and continued to share with her children. She was a true matriarch in every sense of the word. Her life has been a blessing and she has now been reunited with her husband, Robert. She will be dearly missed.

A celebration of life service for Nita will be held in April of 2016 at the Southern Maine Veterans Cemetery in Springvale.

To leave a message of condolence for the family, please visit www.autumngreenfuneralhome.com

In memory of Nita, please consider donating to the Animal Welfare Society, P.O. Box 43, West Kennebunk, ME 04043 or the Sanford Salvation Army.