A Celebration of LIfe 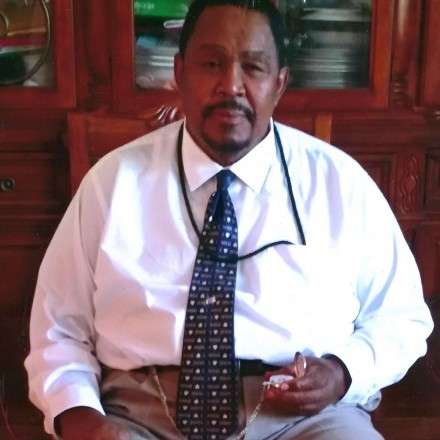 A Celebration of LIfe

During his time in the military Newton married his first wife Linda Smith. In this union Newton and Linda were blessed with one child, Shalon Fane, in addition to his oldest son, Bryan Jackmon, from a prior relationship.

In 1986 Newton would get remarried to Henrietta Bryant. In this union Newton welcomed two additional children from Henrietta’s previous Marriage (Gary Robinson, Connie Robinson). Newton and Henrietta lived together in Fresno California where they remained a happy couple until Newton was called home.

Newton accepted the lord in 1985 and was baptized at Victory Temple by Charles Mukes his long-time friend. Newton and Charles came up together in West Fresno. He remained a member of Victory Temple until 1989. At this time, he became a member of Greater Macedonia COGIC under Pastor Doyle. At Greater Macedonia Newton become an ordained deacon and minister. He served faithfully for many years as a Deacon, Minister, Sunday school teacher, and the Trustee Board. In 2008 he followed his longtime friend, Pastor Herbert Seward, to Family World Harvest COGIC. It was here that he continued his work for the lord and became the Assistant Pastor to Pastor Herbert Seward.

Newton was a devoted attendee at weekly prayer meetings, an enthusiastic mentor of young and old, alike, and was an amazing Assistant Pastor to Elder Herbert Seward at Family World Harvest COGIC. He performed many activities at the church and was an outstanding teacher of the word.

He enjoyed singing any and everywhere, and was an avid sports fan that represented for his San Francisco Forty-Niners and Los Angeles Lakers. He enjoyed the challenge of a good dominoes game with family and friends. But the three things that he enjoyed most were learning the word of god, taking care of his wife, and spending time with his family.

Newton Fane will be greatly missed by all who knew and loved him. He was preceded in death by his mother and father, Newton and Rose Fane, sister Willie Beatrice Harris, Brother, Clarence Lee Fane, and daughter, Connie Robinson (Hall).