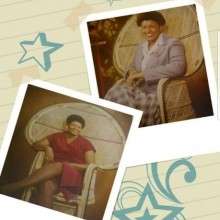 Mary White-Scandrick was born August 14, 1942 and received her wings October 15, 2018.  Mary White-Scandrick ( widower) Norman Scandrick of 52 years,birth mother of three chidren. Laid to rest Norman White ( July 2017) survived Stacy Howell and Juniata White. She was a loving grandmother to Felicia Whitfield , Ti-Esh Whitfield ,Quiana Whitfield , LaPriya White and Devonte Howell.  and great grandmother. Extended family of many, belated mother Geraldine White. Mary White-Scandrick is known beyond reproach when it comes to given an etended hand to love ones, friends, and strangers. Her greatest attribute was voluntering her time to The Boys and Girls club all over the world. She gave a voice to those who could not speak. She marched for injustice and homeless. Mary White-Scandrick was truly the example of God's word "Feed my Sheep." She will be rememberd and greatly missed by many.