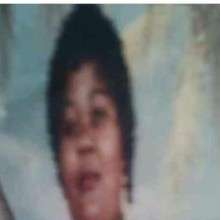 Margarete was born in Haiti in 1947, emigrated to the US with her family in 1952 then lived in Cleveland and Auburn, Ohio. Margarete and Gary moved to Chicago in 1978, and then to Fort Lauderdale in 2012 to be closer to her mother, sister and brother.

Margarete enjoyed gardening and served as a volunteer at the Chicago Botanic Garden for many years. She was also a member of the Art Institute of Chicago with an interest in painting. Margarete especially enjoyed music and sang soprano in her church choir in Evanston, with the North Shore Choral Society in Evanston, and with the Nova Singers in Fort Lauderdale. She enjoyed reading, and particularly loved her golden retrievers Candy and Rosie. Margarete became a sailor and enjoyed being on the water with Gary on their sailboat at the Racine Yacht Club on Lake Michigan.