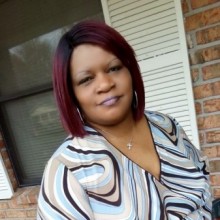 Lurline Martin Henderson, 51, of Bastrop, Louisiana, passed Monday, November 20, 2017. She was born to James Martin, and Ethel Martin, August 06, 1966 in Bastrop, Louisiana. Lurline graduated from Bastrop High School. She married Michael Henderson in 2005, and they lived together in Bastrop.