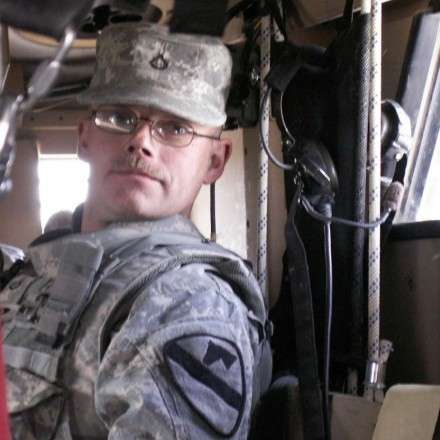 Kevin Gibson, 44, of St Louis, Missouri, passed Friday, October 11, 2019. Kevin was born March 20, 1975 in St Louis, Missouri. He married Ann Gibson in 2010, and they lived together in St Louis. Kevin enjoyed listening to classic rock, playing video game with his brother, and going on adventures with his wife Ann

Kevin was united in marriage to the former Ann Paralova in St Louis, MO on January 16th 2010. Surviving is his wife of 9 years, Ann; and his brother Kenneth.

Sargeant Gibson served his country as a Armor Crewman in the 1/12 Cavalry Unit of the Army for 4 years. He did 2 deployments to Iraq where he was a gunner and a dismount crew memeber. Sargeant Gibson's knowledge was passed along to many soldiers of different ranks. He was the first to be there and the last to leave. Kevin was squad member in 3rd Platoon Reapers while serving in Iraq and helped train many new faces.