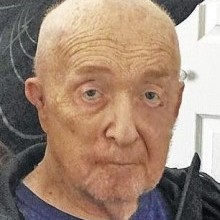 Jon was born on Oct. 10, 1938, to Helen and Maurice Lott, of Racine, Ohio, where he grew up and graduated from Racine High School. He attended Ohio State University while he worked at Battelle Memorial Institute in Columbus, Ohio, before beginning his 33-year career with Westinghouse Electric Corporation. During his career with Westinghouse, he worked in Pittsburgh, Pennsylvania; Jacksonville, Florida; Los Alamos, New Mexico; Richland, Washington; and for 10 years at the Waste Isolation Pilot Plant in Carlsbad, before his retirement in November 1996.

Jon is survived by his wife of 56 years, Sheila; three children, Michael and his wife, Jill, of Albuquerque, New Mexico, Glenn and his wife, Susan, of San Clemente, California, and Michele Lott; and two grandsons, Bryan and Erik Feigum, of Billings, Montana.

He was preceded in death by his parents. Cremation has taken place and, in accordance with his wishes, there will be no memorial services.

Denton-Wood Funeral Home is in charge of the arrangements. Memorial contributions may be made to the Alzheimer's Disease Research, 9500 Montgomery NE, Suite 209, Albuquerque, NM 87111.

Condolences may be expressed at dentonwood.com.