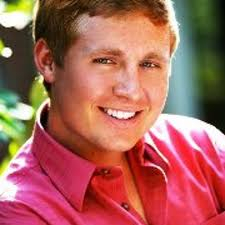 John R. Trecha, 43, of Columbia, Missouri, passed on June 20, 2022 unepectantly. John was born on January 11, 1979 in Charleston, South Caralina. A Celebration of life will be celebrated Sunday June 26th 1:00 PM at Swanson Memorial Park in Westlake, MO. He will lie in state June 25th at Fredricksburg Funeral Home from 3-9 PM with a rosary at 7:00 PM, Father Raymond Weinecke will be officiating. He graduatued Suma Cum Laude from Baylor University Majoring in Engineering. He has been working for United Airlines the past 11 years. He was an avid golfer and was involved in teaching over a 100 youth the game of golf since he was 20. He was an Eagle Scout and just this past year became Cubmaster of his local chapter Troop 196. John leaves behind his parents John and Teresa Trecha, fiance Julianna Jackson, Brothers Jeff( Amy) Trecha, Victor (Fran) Trecha, John (Judy) Trecha, Steve(Ellen) Trecha, Greg (Leslie) Trecha, several nieces and newphews. He was preceded in death by his brother Michael and his grandparents.