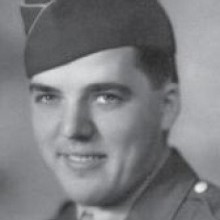 BIDDEFORD - Joan Maksut-Nelson of Kehei, Maui, Hawaii passed away on Oct. 22, 2015, after a long illness.

Joan was born on July 14, 1933 in Biddeford, and was a graduate of Thornton Academy.

She relocated to Reno, Nevada as a young woman, where she was employed by the Harris Club Casino for more than 25 years.

Residing in Kehei, Maui, Hawaii for more than 35 years, Joan enjoyed her career as a real estate broker.

Joan is preceded in death by: her husband, Robert Nelson; her sister, Dorothy Johnson; and her brother, Carl Maksut.

She is survived by: her sisters, Shirley Wyman of Alfred; Helen Picard of Saco; her brothers, Raymond Maksut of Saco, and Zenel Maksut of Henderson, Nevada.

She is also survived by many nieces, nephews and friends.