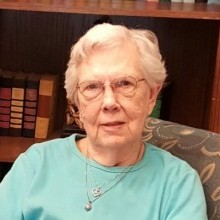 She was born on Thursday September 15, 1927 in Comanche, Oklahoma, the daughter of Robert Elgon and Jimmie Edith (Payne) Riggins. She graduated from Vanoss High School in 1945 and earned a Bachelor's degree in Home Economics from East Central State College in Ada, Oklahoma. She received her Vocational Home Economics certification from the University of Oklahoma and Oklahoma State University.

Mrs. Phillips taught Home Economics in Stilwell, Oklahoma from 1950 through 1957 and at Cobb High School from 1958 through 1966. In 1966, she began teaching at Durant Junior High and then moved to Durant High School in 1969 where she taught until her retirement in 1986. She moved from Durant to Garland, Texas in 2012 to be closer to her family.

She enjoyed spending time with her children and grandchildren, gardening, sewing, quilting, fishing, and camping at the lake. One of her great satisfactions was seeing former students and hearing them talk about how they were using the things they had learned in her classes and how they were teaching their children those things.

In lieu of flowers, please make a donation to the Alzheimer's Foundation of America, 322 Eighth Ave., 7th fl., New York, NY 10001 or at www.alzfdn.org in Mrs. Phillips name.