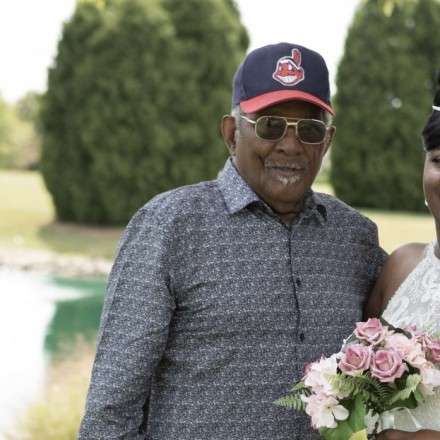 James Arthur Threats was born on April 11, 1939 in Troy, Alabama to the loving parentage of Mary Threats (Mosley) and Freddie Threats. At the young age of 13 the family relocated to Canton, Ohio where James would remain a resident for 67 years. After receiving formal education in the Canton Public School system James Threats would go on to dutifully serve in the United States Army from 1955-1957 and would later go on to be honorably discharged. Later, he would enter into holy matrimony with June-Anne Edwards (Threats). From this holy matrimony two children were birthed James (Jimmy) Arthur Threats Jr and Stacy Burnell Threats. James devoted his life to Christ at an early age and helped instill those values in his family. James worked within the transportation system of Canton, Ohio up until retirement. He was preceded in death by his father Freddie Threats, his mother Mary Threats, and his sister Mary-Ann Threats. James leaves behind his children Arthur (Robin) Threats of Alpharetta, Georgia, Ray Threats of Birmingham, Alabama, Jeffrey Carter of Canton, Ohio, Dana Edwards of Canton, Ohio, James Arthur Threats Jr. of Alliance, Ohio, Stacy (Delois) Threats of East Chicago, Indiana, Geno Threats of Canton, Ohio, Kimberly (Terry) Hammond of Cleveland, Ohio, Shanise (Phillip) Taylor, of Indianapolis, Indiana. James also leaves behind 27 grandchildren and 10 great grand children and a host of loving nieces and nephews to cherish his memory.