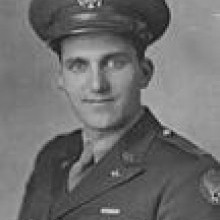 BEAVERCREEK - Howard Adam Klein, 98, passed away on 13 September 2015 at Trinity Community in Beavercreek, Ohio. He was born on August 10, 1917 in Heidelberg, PA, to William and Elizabeth Amstone Klein. Howard grew up in Imperial, PA. He graduated from Carnegie Institute of Technology in 1940 with a Bachelor of Science in Mechanical Engineering. He first worked for Bell Aircraft on the P-39, and then for the Navy (radar). He was commissioned in 1938 (ROTC); he joined the Army Corp of Civil Engineers as a 2Lt and then the Air Corps/Air Force, and served in WWII (1939-1946). He also was activated during the Korean War (1951-1953); he achieved the rank of Lt. Colonel, retiring from the reserves in 1977. He worked in federal service at WPAFB for 34 years, retiring as an aerospace engineer in 1974. His projects included drones and aeronautical fire detection and protection equipment. He earned teaching certification in mathematics and Industrial Arts and taught for 16 years in Fairborn, Xenia, and the Greene County Vocational School, now known as the Greene County Career and Vocational Center. He demonstrated Shopsmith equipment/tools. He owned and operated the Fairborn Launderette for almost 50 years. Howard married Martha Jane Creager in 1942 in Dayton, OH. They were happily married for 72 years. Howard designed their home in Fairborn. He was proud of being honored by the state and county for the establishment of the Jane and Howard Klein Woodland Garden dedicated June 2006. He enjoyed any card game, Reds baseball, mysteries, and woodworking, making numerous items for his home, children and grandchildren. He was proud of his patents on motor control apparatus and control systems and publications on jet engine and cabin fire protection/prevention. Howard was preceded in death by his parents, wife Jane, and sister Elizabeth Phillips. Howard is survived by daughters Martha Klein and husband Lincoln Cummings of Arlington, Virginia, Eloise and husband David Hoyt of Glen Burnie, Maryland, Barbara Klein of Oklahoma City, Oklahoma, Laura and husband Norman Swauger of San Diego, California, and Mary and husband Patrick Savelli of Fairborn, Ohio; his grandchildren Sarah C. Hoyt of Durham, North Carolina, John C. Hoyt of Washington, D. C., L. Clifford Cummings of Groton, Connecticut, and Aaron K. Barany of San Marcos, California, and nephews and their families in Pennsylvania. Family will receive friends at Morris Sons Funeral Homes 1771 E. Dorothy Ln. Kettering September 19. 2015 from 9:00 to 10:00 a.m., Burial and a short service will follow at Byron Cemetery. In lieu of flowers the family requests memorial donations be made to Fairborn Senior Citizens Association, 325 N. Third Street, Fairborn Ohio 45324. Condolences maybe sent to morris-sons.com.