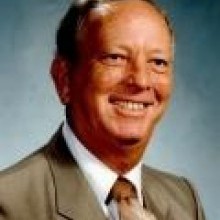 A natural athlete, Homer played football and graduated from Huntsville High School. He went on to play football at Victoria Jr. College and completed his education from Sam Houston State University receiving his Master's Degree in 1958. Homer served our country in the US Navy for four years during the Korean conflict. He began a career at Deer Park High School in 1957 where he dedicated his life as an educator and coach in men's sports. His heart's desire to motivate and inspire students continued on in his position as principal of DPHS, retiring in 1988 after 31 years. He was an avid fisherman, loved playing golf and cards and genuinely loved people and his family.

Memorial donations may be made to the MD Anderson Cancer Center.