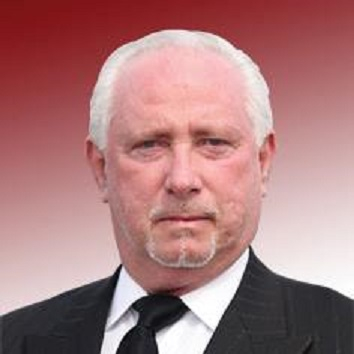 Evan H. Loewenstein died on 11/07/2021 in Katy Tx, at age 76,
after battling the Covid-19 virus for nearly two weeks prior. Preceded in death
by his mother Bertha G Klein, father Melvin Loewenstein, and brother Robert.

The way he died is just like he lived: he wrote his own rules, he
fought authority and he paved his own way. And if you said he couldn’t do it,
he would make sure he could.

At City College of New York, Evan developed an interest in
bodybuilding, something that later in life made him look more physically
intimidating.

By the late 1960s, his intellect and ambitions were pushing him a
different direction—straight to the plush lawns of Toledo University in Ohio.
Once there, however, the rigid boundaries of the law school failed to contain
him, and he soon discovered that his talent resided in other areas. In Toledo,
Evan owned and managed five nightclubs and restaurants by the time he was 28.
The club business was highly lucrative, extremely addictive, and allowed him to
meet many friends he would keep throughout his lifetime.

Early in the 1980s, Evan parlayed his talent for acquisition and
management into a series of successful ventures that included real estate and various
other business. And, of course, more nightclubs. Even though he lived in other
places, including New York, the hot Texas soil of Houston was where he chose to
put down roots.

Over the course of Evan’s life, he has golfed with successful
professionals and made men alike, hobnobbed with dozens of celebrities, taken
hundreds of risks, met thousands of beautiful women, made millions of
dollars––and gambled a handsome portion of it away. One of Evan’s fondest memories
was when we was given the opportunity to play golf with his childhood hero,
Mickey Mantle.

Although the conquests and the setbacks of Evan’s public life
captured people’s attention and curiosity the most, beneath all the glamour and
notoriety his family values were the most important thing to him. He was a
devoted husband to his wife Vickie, father to his three sons Christpher, Brett,
Coady, daughter in law Samantha, and grandfather to Parker, and Madison. Evan’s
family was his greatest source of pride and joy.

In his later years, Evan enjoyed a slower pace of life, spending
every possible moment with his family. He would wake up early in the morning to
watch the financial news, workout daily, and begin his regimented day.

Evan was most often described as a “character,” and anyone who’s
ever met him would most definitely agree with that description. He was a
soft-spoken intellect with an eccentric sense of humor that could have you
laughing until you cried or be fascinated by one of his numerous out of this
world life experiences. Evan stated throughout the latter part of his life that
he was “old and old schooled,” which meant that he carried with him his own set
of morals and principles that were described by his family with words such as
tough, tender, and having integrity. One of the things that Evan valued more
than anything was respect, which he gave and expected from his family and
friends alike.

He lived 1000 years in the 76 calendar years we had with him
because he attacked life; he grabbed it by the lapels, kissed it, and swung it
back onto the dance floor.

He was a rare combination of someone who had a love of life and a
firm understanding of what was important — the simplicity of living a life
with those you love.

Donate to Final Expenses for Evan Loewenstein in memory of Evan.