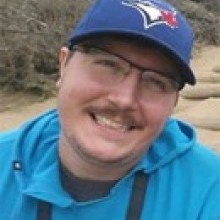 Erik Peter Sereda, 26, of Thunder Bay, Ontario, passed away on March 10, 2017 as a result of injuries sustained in a motor vehicle accident. His friends and family were by his side as he was called to God. He was born on June 13, 1990, son of Mark and Cyndi Sereda. Erik graduated from St. Ignatius High School in 2008. He continued his education and graduated from Windsor University and Confederation College. Erik's smile could light up a whole room and he radiated happiness and positivity. He will always be remembered for his big heart and desire to help others. He dedicated his life to this, working in the helping profession as a counsellor and support person at many places, most recently Options Northwest, St. Joseph's Detox Centre, Wesway, and the Shelter House. He was looking forward to starting his new career in Nipigon as a youth counsellor. Music was a big part of Erik's life, and he enjoyed singing, playing guitar, and writing songs. He was also very athletic, playing numerous sports, such as hockey, soccer, and football. Erik is survived by his parents Mark and Cyndi (Legros) Sereda and his sister Nicole Sereda. He also leaves his grandfather Peter Sereda and grandmother Elsie Legros. He is also survived by his wonderful girlfriend Donalea Stewart, and her parents, Debbie and Donnie (Mama and Papa Stew), as well as numerous loving aunts, uncles, cousins and friends. And of course, The Boys. Erik is predeceased by his grandfather Larry Legros, his grandmother Margaret Sereda, and his godmother Jane Barabash. The funeral service will be held at 11:00 am on Thursday, March 16, 2017 at St. Anthony's Church, presided by Father Luigi. In lieu of flowers, the family ask that you consider donations in Erik's name to Options Northwest, St. Joseph's Foundation-Detox Centre, Wesway, or the Shelter House. Funeral arrangements are entrusted to Sargent & Son Ltd Funeral Home, 21 N. Court Street.

I'm chillin' with the memories,cause friends and family all that we got,only hope to make a difference fore I'm gone.
~lyrics by Erik Sereda
On-line condolences may be made at www.sargentandson.com