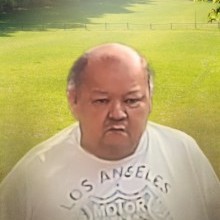 Eddie Dean Homer a resident of Durant, Oklahoma passed away on Monday, October 3, 2016 at the age of 57. He was born on June 12, 1959 in Talihina, Oklahoma to Hubert and Pearlyne (Ludlow) Homer, Sr.

Eddie loved being outside working in the yard. He enjoyed drawing, Whittling, carving, and watching wrestling. Eddie especially loved his little dog Jack.

Mr. Homer was preceded in death by his father, Joe Carnes; and brothers, Sonny Homer and J.B. Carnes.

A memorial service will be at 10:00 AM Friday, October 7th at the Holmes Coffey Murray Chapel in Durant with Pastor Jesse West officiating.