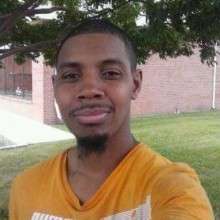 Donte Lamar Johnson was born on December 24th, 1980 to Jamar Johnson and Samantha Jarrett. He was the second oldest of five boys and three girls. He died on September 10th after deciding to take his own life. During his life he enjoyed helping others and would always try his hardest to put a smile on anyone’s face no matter what he was going though personally.

After completing High School, Donte got a job at FedEx and would continue his career there by unloading trucks. Due to Donte’s energetic and cheerful outlook on life many didn’t know he was suffering from mental illness and was dealing with issues that he never expressed.

He is survived by his parents: Jamar Johnson and Samantha Jarrett, his siblings: Jamar Gray,Lamar Johnson, Dominique Johnson,Lakeshia Jarrett,James Williams,Curtis Jarrett, and Stacey Taylor. He is also survived by his ten nieces and nephews, aunts,uncles,cousins, and a host of friends that loved him dearly. Due to the fact that Donte hated funerals,his family has decided to instead have a celebration of life to focus on all the good Donte has done and to also celebrate his life.