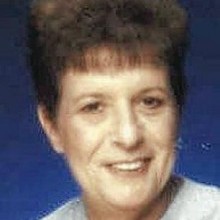 LIMA — Diane Sylvia Meyer, 72, formerly of Springbrook Condominiums, Lima, died after a struggle with cancer on Saturday, October 29 at 4 a.m. at Shawnee Manor. She had been a resident of Burton's Ridge, since December of 2011.

Mrs. Meyer is survived by her son Andrew (Erica) Meyer of Aurora, Illinois and her sister Christine (Bill) Miller of Lakeview, Ohio.

A devoted mother and homemaker, Diane also worked as a nurse in the Recovery Room for 23 years at St.Rita's Medical Center. She was an active member of St. Charles parish where she volunteered on the fund raising committee and later became a member of St. Rose Church, where she enjoyed participating as a lay distributor of the Holy Sacrament of the Eucharist. She enjoyed playing cards and bingo.

Mass of Christian Burial will be at 11:00 AM on Wednesday, November 2nd at St. Charles Borromeo Catholic Church, Lima, with the Rev. Kent Kaufman officiating.

Donations may be made to NAMI (National Alliance of Mental Health) in memory of Diane S. Meyer, to St. Charles Borromeo Catholic Church or to St. Rose Catholic Church.

Condolences may be expressed at www.chiles-lamanfh.com.