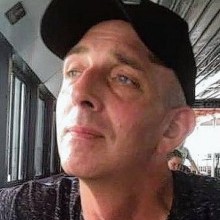 On June 13, 2015, he married Rachel L. Radabaugh, she survives in Columbus Grove.

He was a graduate of Columbus Grove High School, class of 1988. Dave worked for Clymer Enterprise for 10 years, then Grob Systems for 17 years. He was a member of St. Anthony Church, member of the Columbus Grove Eagle's, Aerie 2772 and a former member of the Ottawa VFW, Post #9142. Dave enjoyed spending time with his family and friends.

Memorial contributions may be made to the Dave Lane Cancer Fund, c/o The Union Bank, Columbus Grove, Ohio.

Online condolences may be expressed at hartmansonsfuneralhome.com.