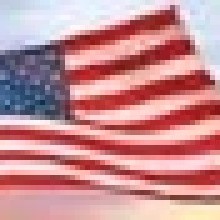 XENIA The Rev. David Edwin Bickett, age 88, of Xenia, Ohio, was called home to be with his Lord on August 7, 2013. He was a devoted and loving husband, an excellent father, grandfather, and pastor, and a wonderful example of Christian love, compassion, and generosity. He will be missed beyond words by all who knew him.

He was born on December 12, 1924 to David Cameron Bickett and Martha Pearle (McCampbell) Bickett at the family farmhouse in Xenia, Ohio. He was preceded in death by his parents; by his beloved wife of 62 years - Mary Anna; by his sister - Grace Elizabeth Ferguson; and by his brother - John Robert Bickett. He is survived by five daughters: Drucilla Crouse of Pittsburgh, Pennsylvania, Rebecca Randazzo of Lowell, Indiana, Jacqueline Popejoy of Xenia, Ohio, Mary Edith Calvert of Tulsa, Oklahoma, and Jennie Armbruster of Homeworth, Ohio. He is also survived by 17 grandchildren and 19 great-grandchildren.

David graduated from Xenia Central High School, completed most of one year of college, then served almost three years in the United States Navy as a Pharmacist Mate during World War II. At the conclusion of the war, David married his high school sweetheart, Mary Anna Braham, then went on to receive a B.A. from Muskingum College, a B.D. from Pittsburgh-Xenia Theological Seminary, an M.Th. and an M.Div. from Pittsburgh Theological Seminary. He was ordained as a minister of the gospel by the United Presbyterian Church in 1952 and cheerfully and faithfully served a number of small, rural churches for the next 56 years. He was privileged to serve in many capacities (chaplain, warden, director, and director emeritus) during his 29-year membership in the International Order of St. Luke the Physician. In his spare time, David spent many interesting hours researching and recording his and Mary's ancestry, and maintaining and improving the Bickett Heritage Home, which has been in the family for five generations.

Funeral services will be held at the Memorial United Presbyterian Church in Xenia, Ohio on Monday, August 12, 2013 at 11:00 AM. Interment will follow at Woodland Cemetery in Xenia. Calling hours will be held on Monday, August 12, 2013 from 10-11 AM at Memorial United Presbyterian Church (343 W. Ankeney Mill Rd. Xenia, Ohio 45385). In lieu of flowers, gifts may be given to Campus Crusade for Christ at 1-888-278-7233 or https://give.cru.org. Funeral services are in care of McColaugh Funeral Home Inc. Online condolences can be made to www.mccolaughfuneralhome.com.