In Love And Memories 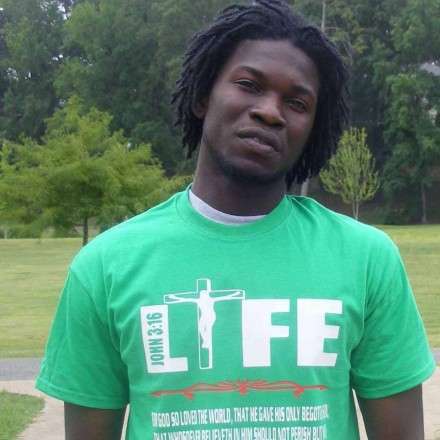 In Love And Memories

Cordecrio Galloway, 32, of Sophronia Galloway, died October 31, 2019 as a result of Heart Failure . He was born February 28,1987 in Shreveport La. He attended Queensborough Elementary schools and graduated from Woodlawn High School in 2004, where he was a member of the student council and the band. He was receiver a degree from Southern University in Business Management.

Cordecrio was a member of the Order of the Eagle of the Boy Scouts of America and had been a member of Troop 52. He achieved his Eagle rank upon completion of a project that restored several damaged headstones in the historic Bill Allen Walk Of Fame. He attended Grace Hope Church in Shreveport La.

Travis is survived by his parents Cordecrio Galloway; his brother Terry, Anthony, Danny and his sister Karen. . He also leaves his maternal grandparents, Harold and Gladys Crater, also of Poole; and his paternal grandparents, Philip and Betty Turner of Indianapolis. He is also survived by his girlfriend, Kristen Porter of Shreveport and his close friends Jacob Hart of New Harford and Zachary Taylor of Poole and several aunts, uncles and cousins.

Funeral arrangements are being handled by the in Shreveport Precious Memory Mortuary . Calling hours will be Friday from 2-4 and 7-9pm. The funeral will be held on Saturday at 11:00 a.m. at the funeral home and at 12am at Grace Hope Church in Shreveport . In lieu of flowers, the family asks that you consider donations at Woodlawn High School. Envelopes will be available at the funeral home and can also be mailed to M.A.D.D., c/o Guidance Department, 7340 Wyngate Blvd. | Shreveport, LA 71106 Caddo Parish