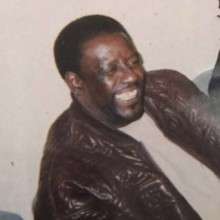 Minister Charles Edward Smith Sr. was born on December 22, 1958 to the union of Nathaniel and Jessie Mae Smith Sr. in Covingtin, TN. He came from a rich heritage of pastors and entrepreneurs.

Charles accepted Christ as his savior at the age of 18 and was united with Greater Utopian Pentecostal Assembly Of Holiness where he served as a minister. In his latter he became a member of The New Dimensions Destiny Center Int'l under the covering of Apostles Bobby and Frances Sanford Sr. where he served faithfully.

Charles was united in holy matrimony with Medera Irving on June 10, 1990 in Milwaukee, WI. Their union was blessed with 3 children.

Charles was a successful businessman working in the marketplace as a king. He owned and operated C & C Home Improvement Company which was rebanded Top To Bottom Remodeling Company for 11 years.

Charles enjoyed adding value to his community by restoring and renovating properties, spending quality time with his family, and blessing his family and friends. He loved making people laugh, traveling, driving luxury cars, shopping, and spoiling his kids.