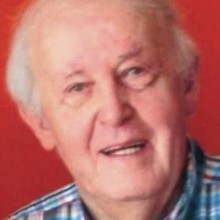 Bill was married to his high school sweetheart, Phyllis Irene Markley Phillips, for 50 years and she preceded him in death on July 13, 2001.

Bill is survived by his children and their families; Elizabeth Ann and the late Thomas Kmiecinski of Rochester, NY and Scott and Jamie Phillips of Milford, OH; six grandchildren: Abigail, Hannah and Jeffrey Kmiecinski; Christopher and Lisa Phillips, Stephanie and Charles N. Nessle, Angela Phillips and his great-grandchildren; Andrew and Jenna Phillips and Noah Nessle; and numerous nieces and nephews. In addition to his parents, his wife, and his son-in-law, Bill was preceded in death by sisters: Virginia Phillips, Gladys Roeth, Ruth Roeth, Eileen Hart, and brother Elwood Phillips.

Bill was a 1948 graduate of Lostcreek Schools and served in the Army during the Korean War. He received BS and MS degrees in Education from Ohio University. He began his long career in education as a high school teacher and coach and transitioned into education administration primarily at the state level. Bill and Phyllis resided in Columbus for many years until his retirement when they settled back in Troy.

many years of involvement with the Ohio Retired Teachers Association at both the local and state levels. Most important to him were his family and friends. He enjoyed sharing their experiences, caring for, and loving them all.

All are welcome to attend a Celebration of Life which will be held 11am on Saturday, October 29, 2016 at the Casstown United Methodist Church, Casstown, OH. Interment will take place in Casstown Cemetery at 10am preceding the service. The family will receive friends from 4-7pm on Friday, October 28th at the Baird Funeral Home, Troy, OH. Memorial contributions may be made to the Casstown United Methodist Church/After School Ministry or a .

Condolences may be expressed to the family through www.bairdfuneralhome.com.