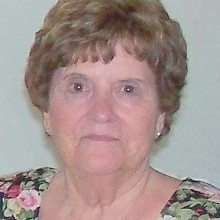 SEDALIA — Buelah "Tootie" Mae (Kinder) Coffelt, 81, of Sedalia passed away Monday, October 31, 2016 at Sylvia G. Thompson Residence Center, Sedalia, MO after a lengthy battle with Alzheimer's Disease. She was born on February 11, 1935 in Hughesville, MO, the daughter of Charles and Buelah (Byrd) Kinder, who preceded her in death.

"Tootie" had a long list of accomplishments, hobbies and loves. She was a long time member and President of the Business and Professional Women's Club of Sedalia. She was active in Pettis County Democratic politics, including running for Pettis County Recorder of Deeds. She often volunteered on many Democratic campaigns.

Tootie also worked full time and retired from Montgomery Ward in February 1986 when the store closed in Sedalia. She had a love of antiques and a strong retail and decorating background, so she put that to good use as an entrepreneur. Tootie opened the first antique mall and tea room in Sedalia, the Maple Leaf Antique Mall on Main Street. She then went on to open a second antique mall and tea room, The Cowbell Antique Mall and Udder Stuff, also on Main Street. For many years you would find Tootie in August running one, sometimes two concession stands at the Missouri State Fair.

Although, she was a busy working mother, she always made time for her other loves; her family, holidays (especially Christmas), flowers, decorating, antiquing and Dr. Pepper!

Besides her parents and husband she was also preceded in death by seven siblings.

A private family memorial service will be held at a later date.

To show your love and support, the family would encourage contributions be made to the in her name or in care of Rea Funeral Chapel, Sedalia. This is a heart-wrenching and debilitating disease. We need to find a cure.